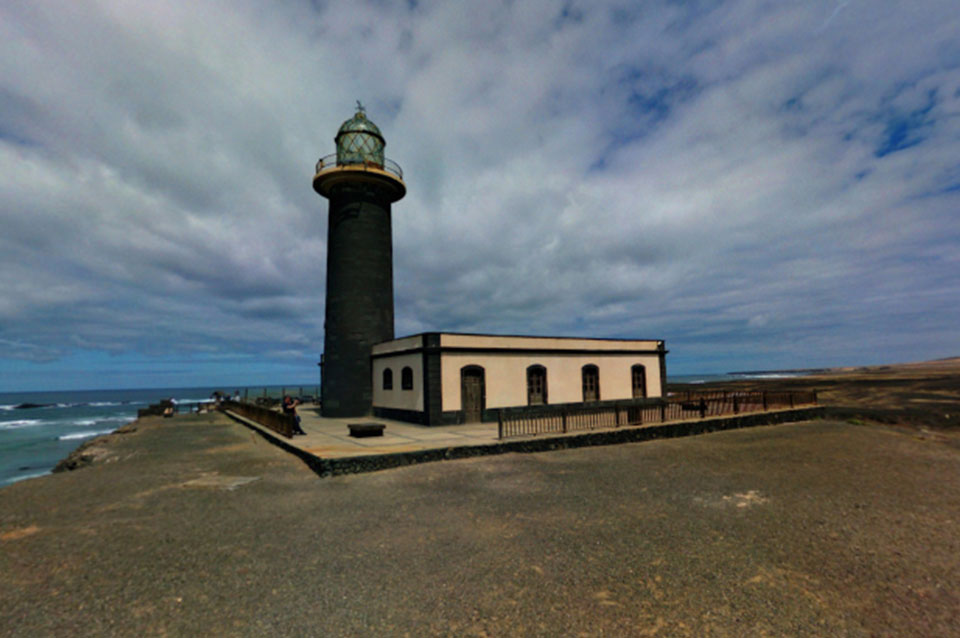 Punta de Jandía is the most southwestern place in Fuerteventura. It is reached by a track that begins a little above the esplanade of the new port of Morro Jable. This track, which is paved in a small section up to the cemetery, later forks, crossing the watershed on the right towards Cofete and following the left to Punta de Jandía, to where from Morro Jable it takes approximately one hour. The entire southwestern end of Jandía forms part of the Natural Park of the same name.

There are many ways to get to know nature in this westernmost coastal area of Fuerteventura. Doing the complete proposed route can be somewhat tiring, because it is an area without shade and often beaten by the wind, but it also gives us the most complete view of the area. 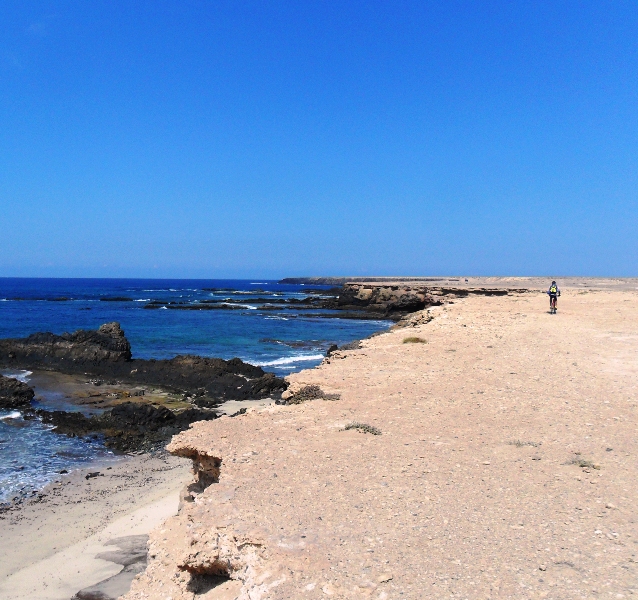 We start at the lighthouse of Jandía or Puertito de la Cruz, and head north, always bordering the coastline. From the cliff there is a magnificent panoramic view of the rugged coastline, and in some places small trails lead down to the interspersed beaches.

We remind you that these narrow and steep paths do not have railings or other safety elements, and that bathing on the beaches must also be done with great caution.

Inland extends a wide sandy plain with low vegetation, which is completely missing in an old landing strip that extends next to the runway, more or less at the height of Punta del Corralito.

Arrived at Punta Pesebre, the view can extend throughout the lonely beach of Cofete. Continuing along the coast, now heading southeast, we will finally arrive at Caleta de la Madera.

It is also feasible to go by bicycle or car and stop at various places to see the scenery or go down to one of the beaches. Further east of Punta del Pesebre, the circulation of vehicles is prohibited, nor is it allowed anywhere to leave the marked tracks. 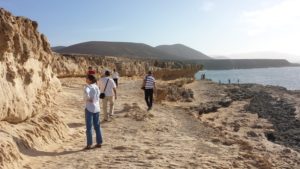 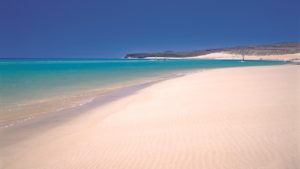 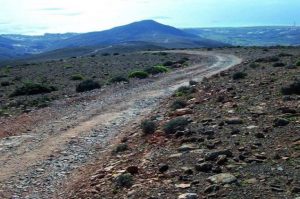 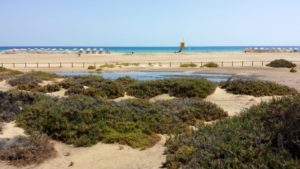 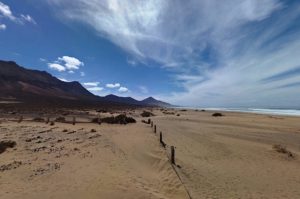 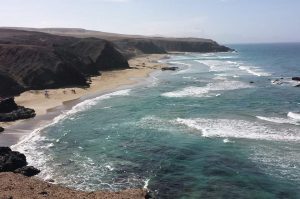